Creative abundance in special times: More than 600,000 photos from 170 countries have been submitted by amateur and professional photographers to the CEWE Photo Award 2021 under the motto "Our world is beautiful", once again making it the world's biggest photo competition. The jury chaired by the well-known French photographer Yann Arthus-Bertrand has now selected the winners of the ten competition categories. This means that the shortlist of all submitted photos has been drawn up, from which this year's overall winner will be chosen. The SOS Children's Villages International also benefit from the lively participation: CEWE donates 10 euro cents to the organisation for each photo submitted. The record sum of 60,628.90 euros will go to an educational project in Haiti. 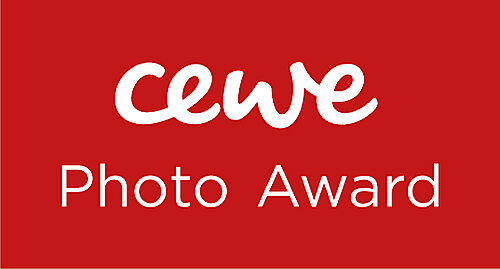 Particularly after around 18 pandemic affected months, the motto of the CEWE Photo Award "Our world is beautiful" has a deeper meaning. This is also clear to Dr. Christian Friege, CEO of CEWE and at the same time a member of the CEWE Photo Award jury: "This year it is even more important to keep reminding ourselves of the beautiful sides of the world. 606,289 photos submitted from all over the world document the diversity and beauty of our planet. The stories behind many of these photos have touched us in the jury deeply," says Friege.

Under the chairmanship of Yann Arthus-Bertrand, Christie Goodwin, Ulla Lohmann, Martin Rak, Kai Pfaffenbach, Petra Horn and Dr. Christian Friege voted on the shortlist for this year's CEWE Photo Award. During a pan-European virtual jury session, the experts selected one winning photo each from ten different categories. Which one of these will be the overall winner of the CEWE Photo Award 2021 will be announced at the gala in Berlin on 16 September. There, CEWE and the jury will personally honour the top 10 winners of the competition.

The world is beautiful - even in difficult times
This year's CEWE Photo Award has inspired the jury members in a special way. Jury president Yann Arthus-Bertrand comments: "I am very happy and proud to be president of this jury for the second time and am once again fascinated by the quality of the photos. It is truly the most beautiful photo competition I have ever taken part in," says the photographer, who is internationally known for his illustrated book "Our World from Above", among other things. Christie Goodwin, portrait photographer from London and also a member of the jury for the second time, is also honoured to be back: "It's amazing that all these people, despite everything that's going on in the world right now, felt inspired to send in their pictures."

Photos that tell a story
It is not only the theme of "beauty" that touches the jurors. "I love pictures that tell a story," says nature photographer Ulla Lohmann: "Or even photos that raise questions. I like it when a picture provokes me to ponder." Again and again, the jurors are concerned not only with judging the aesthetics and composition of a photo, but also with finding what is special in it. "The motifs were not always perfect - and that is what expresses beauty in our world for me," says Petra Horn from SOS Children's Villages International. She is particularly happy about the photo of laughing children by Hartmut Schwarzbach from Germany, which wins in the "People" category. Kai Pfaffenbach is also thrilled by the image: "In this photo you can see the pure joy that we have all been longing for for months," comments the photojournalist, who is currently on his way to Tokyo for the Olympic Games during the virtual session.

When data become real photos
Although the jury members discuss at a virtual table at the meeting, they all have the printed photos in front of them, which they have received in advance by postal mail. An important criteria in each category: how will the photo look in large-scale print? "A print is the only form a photograph should exist in," says photographer Christie Goodwin, who has portrayed world stars such as Celine Dion and Ed Sheeran. "It's only when a photo is printed on paper that you can feel it and connect with it. A photo on a computer or smartphone is nothing but a file."

In any case, the winning photos will be on display as large prints at the CEWE Photo Award Gala on 16 September in Berlin. Only then will it be published which of the motifs will be this year's overall winner.