Record broken: Amateur and professional photographers submitted more than half a million photos to this year's CEWE Photo Award with the motto "Our world is beautiful". This means that the number of entries is much higher than last time, when the CEWE Photo Award was already entitled "the world's biggest photo competition". Now it is up to the jury to select the category and overall winners from the many entries. The first winners have already been determined: the "SOS Children's Villages Worldwide" are delighted to receive a record amount of donations. 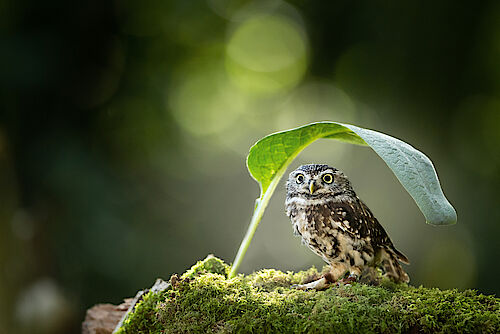 CEWE Photo Award 2021 ends with record participation and record donation
606,289 photos were submitted by photography enthusiasts from more than 170 countries for the CEWE Photo Award 2021, once again making it the biggest photo competition in the world. Most of the photos come from Europe, but participants from Madagascar, Mozambique, the Fiji Islands, the Bahamas and Mexico are also represented with their best motifs. With 129,873 uploaded pictures, the category "Nature" is the most popular. The highest number of photo submissions to date is also accompanied by a record donation. For each photo CEWE donates 10 cents to "SOS Children's Villages worldwide", i.e. a total of 60,628.90 euros! "We are delighted about this year's record participation in the CEWE Photo Award in two respects," explains Thomas Mehls, CEWE Board of Management member. "On the one hand, it shows the unbroken enthusiasm and creativity that photography itself has brought with it also in the Corona year 2020/2021. On the other hand, as a partner of 'SOS Children's Villages Worldwide', we at CEWE are once again able to do something good with our donation."

CEWE sees its economic success in a very special way as a commitment to society and has been a close partner of "SOS Children's Villages Worldwide" since 2013. "Thanks to the long-term and unbureaucratic support, it has been possible to initiate and implement many aid projects," Petra Horn, member of the Board of Directors of "SOS Children's Villages Worldwide" and member of the current jury of the CEWE Photo Award, said in praise of the sustainable contribution made by the corporate group. The donations will be used to finance an educational project in Haiti.

Participants eagerly await jury decision
Who will win the coveted trophy this year? Before the international jury chooses the overall winner at a gala in Berlin in September, they have an exciting task ahead of them. Yann Arthus-Bertrand, known among other things for his illustrated book "Die Welt von oben" ("The World from Above"), is also looking forward to participating for a second time as president of the jury. When the seven-member panel of experts meets at the end of June, the task will be to select the best of the ten categories and the overall winner from all the entries. The overall winner will receive a unique trip worth 15,000 euros, photo equipment worth 7,500 euros and photo products from CEWE worth 2,500 euros. The second to 1,000th place winners will also be rewarded with a prize.

The most beautiful monthly winners of the past year - a review
Three photos from all over the world were awarded prizes every month during the competition. To shorten the waiting time for the finalists, we look back at some of these photos of the monthly winners in our picture series.