We operate multi-channel concepts in the form of walk-in stores and online shops in Poland, the Czech Republic, Slovakia, Norway and Sweden and in Oldenburg. CEWE RETAIL offers customers an attractive range of cameras, lenses and accessories, services and the entire CEWE photofinishing range. Our product range is available in 140 attractive town centre and shopping centre locations, as well as online.

These important sales channels enable us to have direct contact with consumers and offer the opportunity to test and develop new marketing strategies. For example, we display products that can be ordered online in our local retailers. That way customers can literally touch the products, have the ordering apps explained to them, before ordering them at home from our online store at the press of a button. Our instant print products are available at the CEWE Photostation, which, combined with attractive add-on products (such as frames), are perfect for last-minute gifts. 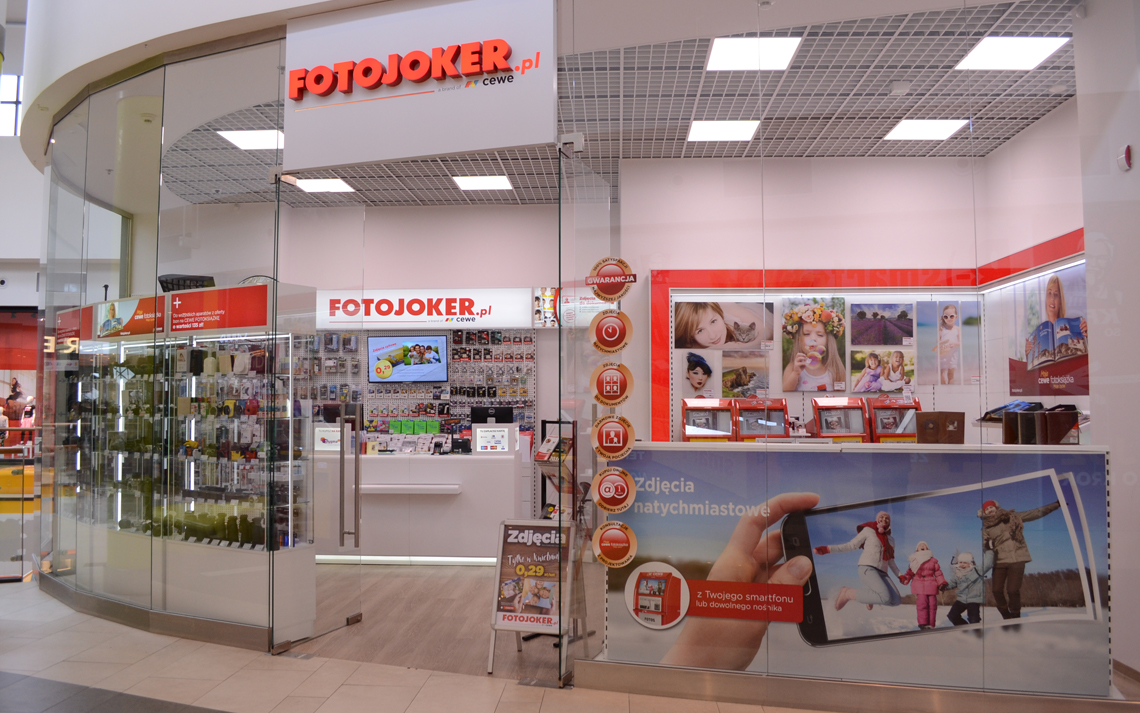 FOTOJOKER has been CEWE's traditional retail brand for photo services and high-quality photographic equipment in Poland since 1995. With 50 branches and the online store www.fotojoker.pl, FOTOJOKER is the flagship for our brand-name products and our premium product brand CEWE PHOTOBOOK in Poland.

Our high-tech laboratory and print works in Koźle delivers daily to our own specialist branches, as well as to Poland's top retail brands, and also ships orders by post or courier direct to customers' homes. FOTOJOKER is also a recognised expert for photographic equipment from top manufacturers, like Nikon, Olympus, Sony, Fuji or Canon. 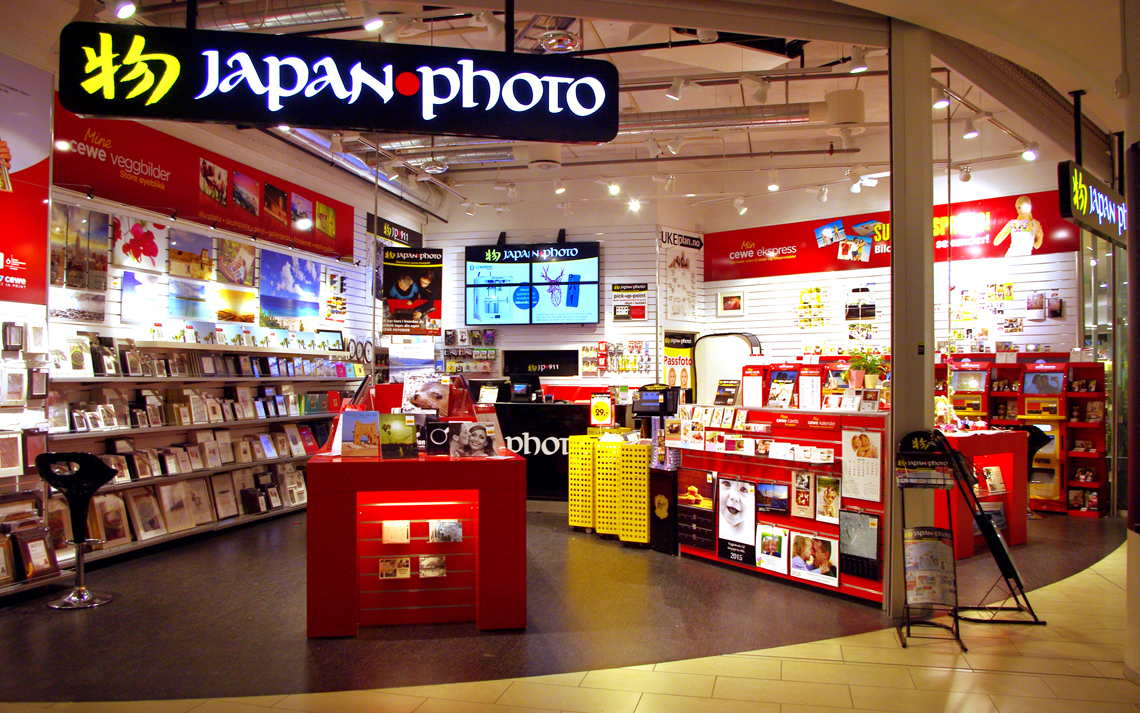 JAPAN PHOTO was founded in Denmark in 1985 and the first store opened in Norway in 1990, in Oslo. The corporate name was purposely chosen to create an association with the Japanese market, which is synonymous with quality brand names in the photographic and camera market. CeWe Colour acquired a majority shareholding in 1999. JAPAN PHOTO is the leading multi-channel photographic retailer in Scandinavia, with the online store www.japanphoto.no and 22 walk-in stores in Norway, and the online store www.japanphoto.se and 7 walk-in stores in Sweden. The company's product range focuses on CEWE brand-name products. It also stocks an extensive range of cameras and photographic accessories, as well as providing a large number of services. JAPAN PHOTO has an excellent reputation in Scandinavia and enjoys excellent brand awareness. 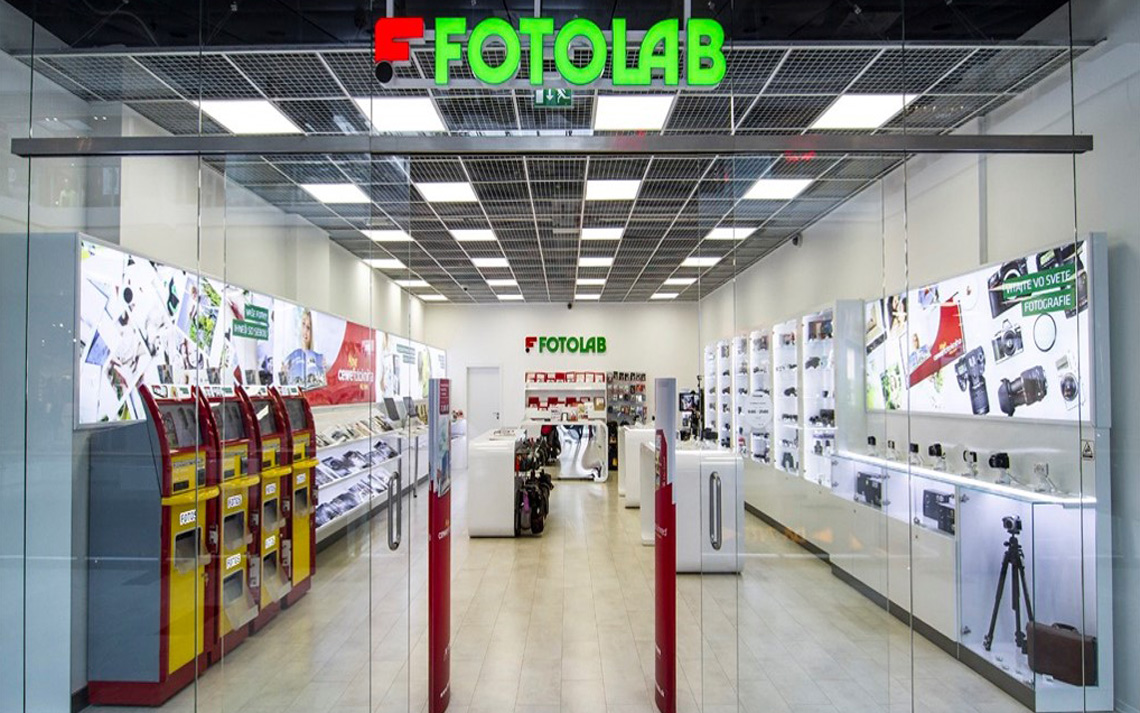 CEWE has been operating in Slovakia since 1994, with a store in Bratislava, and it has actively helped to shape the photographic market since the revolution and is still today the market leader there for photographic services. Photographic work has been provided and sold there for some time under the retail brand FOTOLAB. The company now operates 16 modern retail stores in Slovakia's key towns and cities, as well as the online store www.fotolab.sk. We offer a wide range of photographic technology and accessories as well as our CEWE brand-name products. In Slovakia we are the best-known brand for photo books with our CEWE PHOTOBOOK top product, known in Slovakia as the CEWE FOTOKNIHA. The CEWE brand is also synonymous in Slovakia with innovation, quality, excellent service and an enjoyment of photography.

Our retail brand FOTOLAB was designated a "Superbrand Slovakia". 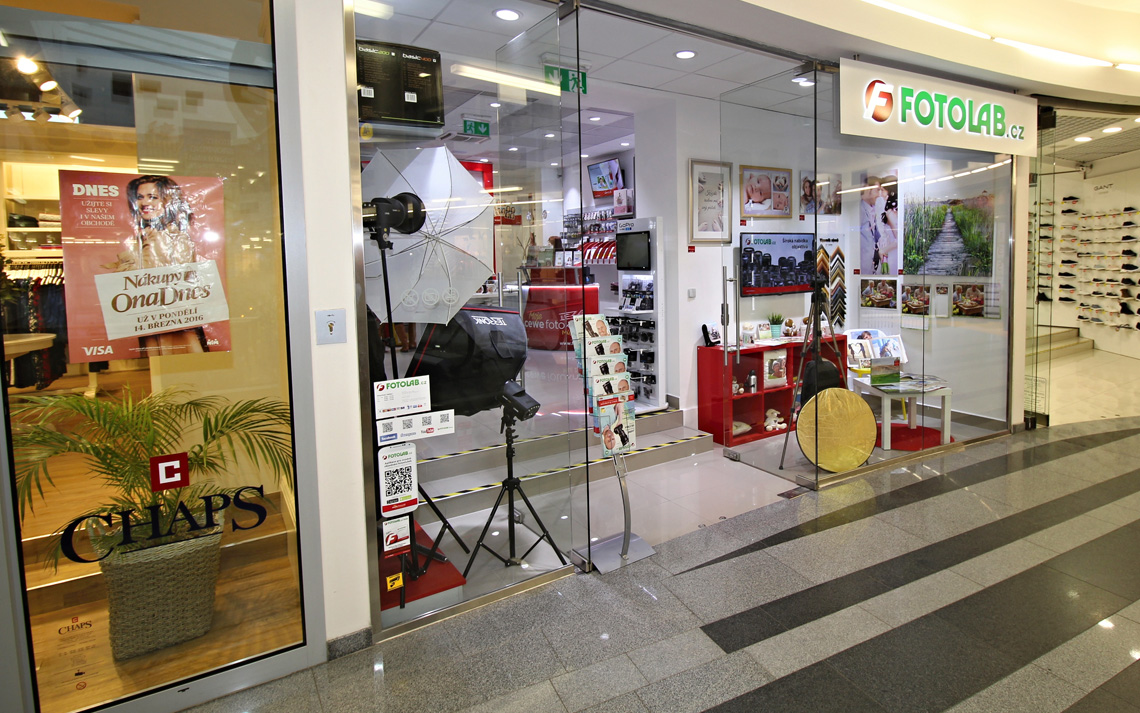 The retail brand FOTOLAB, founded in 1990, is also synonymous in the Czech Republic with outstanding expertise in the photography market, both for photographic hardware and photo services. The priority in the 50 stores and in the online store www.fotolab.cz is extensive customer service, much appreciated by our Czech customers. The top-sellers are the CEWE PHOTOBOOK and CEWE WALL ART, as well as the latest technology from leading camera producers.

Wöltje GmbH & Co. KG is one of Oldenburg's oldest stores, which predominantly sells CEWE photographic services and products, as well as cameras and accessories. The company's roots date back to 1912: Carl Wöltje and his wife Helene open a small photographic studio in the centre of Oldenburg. The business benefits from the fast-growing market and the rapid technological development of photography. Wöltje recognises the potential and extends the workshop with a photographic handling studio. After the Second World War, Heinz Neumüller, Wöltje's son-in-law, joins the company. Within a very short time he succeeds in making the company one of the leading companies in the photographic sector, thereby laying the foundation for the Group's success. Wöltje founds the CEWE COLOR photo lab in Oldenburg in 1961. The company name, CEWE, is not arrived at by accident, in fact it is the initials of Carl Wöltje (CW).

The Wöltje Group had around 300 branches in Germany in the 1980s, often operating as IVEMA or FOTOPOINT. Wöltje grew to become one of the largest companies in photographic wholesale with the sale of cameras, films and other photographic accessories. However, the transition from analogue to digital photography leaves its traces: the wholesale company and the Fotopoint branches are sold in 2006, although the company retains the few original Oldenburg branches. Today Wöltje also offers photography workshops, seminars on designing CEWE PHOTOBOOKS and photographic trips, as well as selling cameras, lenses and accessories. www.woeltje.de

For more specific matters you find your contacts at the following link: